Like our work? Arrange a meeting with us at our office, We'll be happy to work with you!

We are always looking for new talents and we were expecting you. Time to apply, buddy!

The International Mapping Festival of Girona, which has been held from 24 July to 2 August, puts the finishing touches to this year’s event with the publication of the winners of the International Mapping Competition. The finalists in the professional, amateur and educational categories have been projected onto the façades of Girona City Hall, Casa Pastors, Girona Courthouse, the Pont d’en Gómez Bridge and the Les Àligues building between 31 July and 2 August.

The competition jury, made up of Rogier van der Haide (HOL), artistic director of the Amsterdam Light Festival and Ambassador of the United Nations for the 2015 International Year of Light, Laszlo Bordos (HUNG), a pioneering artist of the genre, Aleix Fernàndez (CAT/ES), founder of the Onionlab studio, Shane Walter (ENG), co-founder and creative director of onedotzero, and Juliette Bibasse (FRA), producer of digital art. 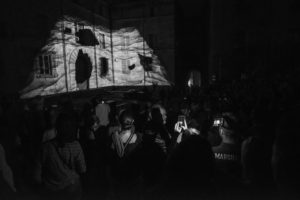 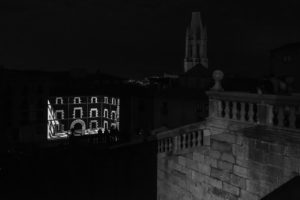